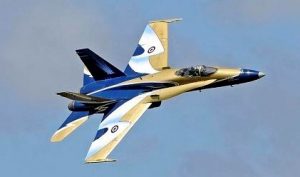 Collateral damage is typically used in military terminology.  To fully understand gluten and its impacts on health, I have listened to experts that use this term and others related to military warfare. With my history in the Air Force, when analogies are used of the Army, Navy, and Air Force as arms of the immune system producing antibodies (aka soldiers), it has helped me visualize and understand. Furthermore, it has really helped me to fully understand the concept of collateral damage by gluten.  And because this concept is so important to grasp by everyone, not just us in the nutritional field, it merits its own blog article….

As I prepare for another Gluten workshop, I am reminded of two questions I received in my workshop in 2016.  As usual in my workshop, I had an interesting and participative group.  The first student in particular was from France and was expecting.  It is no surprise that she was not jumping to forego her country’s staples of Pain au Chocolat (a lovely chocolate filled croissant) and baguettes with cheese.  She was open minded; however, and wanted the best for her health and that of her unborn child.  After we discussed the challenges of Celiac Disease (CD) and went on to discuss the implications of Non-Celiac Gluten Sensitivity (NCGS), she asked me this question: “If I do the testing and find out I am Non-Celiac Gluten Sensitive (NCGS), will it harm my small intestine villi if I continue to eat it?”  I paused, took a breath and hesitated to give her my initial thoughts.  Even though I could create an answer based on my research, I did not want to get this one wrong.  The implications of me being wrong could mean her giving up her country’s national dishes and that would be unfair to say the least!

When I returned home, a second student emailed me: “I had an IgG blood test and found out that gluten is a low food intolerance.  I was recommended in the paperwork that I can eat it but at a reduced amount and on rotational basis.  Do you agree based on your research?”  Whoa – another great question!  This one I had the answer to right away.  I will answer both their questions.  But first a little background on gluten…

There are 3 main terms used in the study of gluten:

Celiac Disease (CD). Officially Celiac disease is a chronic small intestinal immune-mediated enteropathy precipitated by exposure to dietary gluten in genetically predisposed individuals. Yes, that was a mouthful.  Simpler put, Celiac Disease (CD) is triggered by the ingestion of gluten, the protein component of wheat, rye, barley, but not oats.  Some consider the protein component of all of the seeds of grasses too like oats, corn, rice, sorghum, millet and teff – but that is another subject for a blog article!  Such exposure results in a variable degree of intestinal damage.

To confirm a diagnosis of CD, biopsies of the duodenum (in the small intestine) must be taken when patients are on a gluten-containing diet. It is generally agreed that 4-6 biopsies are necessary for diagnosis, including from the duodenal bulb. An actual CD diagnosis usually begins with a positive blood test for antibodies to alpha gliadin, transglutaminase-2, deamidated gliadin, and endomysium, followed by the biopsy described above to determine if tissue damage is present1).  If it is positive, you already have severe damage to your intestinal villi. Unfortunately, many with CD get false negatives for years before they are diagnosed (and ate gluten all the while – contributing to more damage).

You probably gathered from above that CD is frightening.  95% of people with CD have positive Human Leukocyte Antigen (HLA DQ 2, 8 genes). I have the HLA DQ 2 gene but am currently undiagnosed with CD but am respecting that “insider” genetic information and have been gluten-free since Oct 2015, because I really don’t want that diagnosis by “pulling the CD trigger” by eating gluten.

Simplified, think of your small intestine as being lined with a beautiful shag carpet.  Then lawn mow it until it becomes a Berber carpet – that is CD.  Without those shags (villi), you can no longer absorb nutrients, which leaves you nutrient deficient and susceptible to other disease.  In fact, the average Celiac goes on to develop 7 more autoimmune diseases!!  That’s why you don’t want to wait for that diagnosis and respect this thing called gluten sensitivity if you suspect or find out you have it (see below).  Oh, and by the way, 95% of people with CD are thought to be undiagnosed.

Non-Celiac Gluten Sensitivity (NCGS). This is a mesh of Gluten Allergy and Gluten Intolerance (a non-immune mediated inability to tolerate/digest gluten).  NCGS is called “The Big Kahuna” by Dr. Tom O’Bryan, one of the world’s leading experts on the subject.  In North America, experts consider between 10-40% of us have the genetics for Gluten Sensitivity (including yours truly with the HLA DQ 1 gene).  That’s why some feel there should be NCGS standard testing.  The US Journal, The Lancet, called it a “systemic autoimmune disease with diverse manifestations”.  Dr Denboer, ND, explains NCGS as causing adverse immune reactions in different parts of the immune system than in CD.  Dr. Osborne, DC and functional nutritionist and author of No Grain No Pain, does not call NCGS a disease, but a state of genetics.  In fact, he states that you have to have the genetics (positive for either HLA DQ 1 or 3) or be diagnosed with NCGS in order to develop CD (which in my case makes sense that I have genes for both CD and NCGS).

Why is CD is only the tip of the Gluten Sensitive iceberg?  As severe as CD is, it is only a 1% manifestation of NCGS.  The other 99% is roughly estimated to target the brain (approx. 70%), thyroid (approx. 20%),  skin, joints, muscles (including heart), etc.  Being diagnosed NCGS means you are now on a spectrum and opens the possibility that you could one day be diagnosed with CD, especially if you have the genetics like I do and continue to eat gluten (which I don’t).

How do you find out if you are NCGS?   There is more than one way: antibody, genetic, and stool testing or an elimination diet.  I have done 3 of 4 of these, of which 2 provided some clarity.  Please come to one of my workshops or for nutritional coaching and I will guide you through the complex details of which test is best in each case.

Collateral Damage with NCGS.  For all these tests, when you eat gluten you have either a humoral (think specific antibodies) or innate (non-specific) immune response or potentially both.  The outcome of any immune response is always inflammation and you don’t know where it will target – unless you have the very specific transglutaminase testing or predictive antibody testing.  It could be MS in 10 years, sore joints next week or constipation tomorrow.  Please indulge me in a war analogy.  It’s like the innocent victims on the ground that are killed/injured from a fighter jet trying to hit a specific target with a missile.  My husband Paul, former F-18 fighter pilot had to mentally prepare himself twice for that collateral damage risk of harming innocent bystanders when he deployed to support both Gulf War 1 and Bosnia-Herzegovina.  As a fighter pilot’s wife, I can tell you from inside experience that it’s not taken lightly, and nor should you with your own body parts at risk from gluten non-specific immune damage.  Luckily for Paul and all those innocent on the ground, he did not have to fire his weaponry in those missions.

Ok – congratulations to everyone that read this far!  Now for the answers…

Student 1: “If I do the testing and find out I am Non-Celiac Gluten Sensitive (NGCS), will it harm my small intestine villi if I continue to eat it?”  If you are Gluten Sensitive or Celiac, you cannot be a little Gluten-Free, just as this French student cannot be a little bit pregnant.  It takes only 20 ppm or 1/8th of a thumbnail exposure to make 3-6 months of new antibodies and whammo – you are inflamed again.  Continuing to eat gluten when NCGS will cause antibodies to attack your tissues.  I could not be sure if the villi would be one of the tissues targeted unless she found out she had Celiac Disease (CD) or the genes for it. She should get tested in that case. If she finds out she has CD, or through predictive antibody testing that the intestine was one of gluten’s targets, then there could be collateral damage to her villi. The only surety is that CD destroys the villi with further gluten ingestion.  Regardless, anyone with a diagnosis of NCGS should not eat gluten again as it will cause collateral damage to other specific tissues which could be the brain (leading to Alzheimer’s, MS, ALS, cerebellar ataxia(balance issues) etc.), pancreas (diabetes), thyroid (Graves/Hashimoto’s), bones (osteoporosis), joints (arthritis) etc.  I think you get the picture by now…

Student 2: “I had an IgG blood test and found out that gluten is a low food intolerance.  I was recommended in the paperwork that I can eat it but at a reduced amount and on rotational basis.  Do you agree based on your research?” If one has an IgG antibody result showing any indication (low, medium or high antibodies) from gluten, then in my understanding you are now considered NCGS and now on the gluten sensitive spectrum and should not continue to eat gluten or face the unknown collateral damage.  CD is still a possibility here and should be further tested.  The immune system targets gluten for life (unlike other foods that you might be able to put back in your diet after resting from them).

Overwhelmed, confused?  Honestly, this subject is complex and overwhelming.  I once heard that there are over 23,000 published papers on gluten-related issues and it is the hottest topic in nutritional research right now.  There are different ideas out there with gluten but the majority working in functional/naturopathic/nutritional medicine (and likely allopathic) have come to the conclusion that it is best to get tested if you have any autoimmune family history and any current unusual symptoms.  There are benefits to cutting it back and/or out for everyone and doing so is definitely not a fad. (The mock gluten-free foods are the fad in my opinion).  In fact, these experts are concerned that the uninformed gluten-free public may come to see the gluten-free craze as a fad and ignore the plethora of research and return to gluten.

Think Gluten-Free sucks?  Being “glutened” is what really sucks and if you have not heard my tagline yet: “Nothing tastes as good as healthy does”.  Book an appointment with Laura Kissmann Wellness to find out just how good that tastes!

“Nothing tastes as amazing as healthy does”

No Grain, No Pain by Dr. Peter Osborne, DC

Disclaimer: This article is not intended to provide medical advice, diagnosis or treatment.  With all things nutritional, there is no one prescription diet, so always consult a medical professional like a nutritionist before embarking on any drastic changes to your diet – we are biochemically unique and our diets should reflect that! 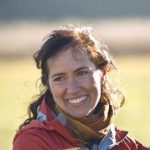 Laura is a Registered Holistic Nutritionist (R.H.N.), massage therapist and proud owner of Laura Kissmann Wellness. She has a BSc in Physics & Oceanography, 20 years as an RCAF telecommunications officer and a background in Access Consciousness®, fitness and multiple energy healing modalities. Laura’s passion for research, healthy living and the inter-connectedness of all, motivates her desire to facilitate both individual and global health. 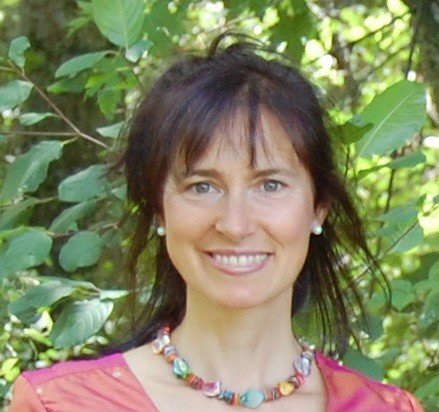 Meet LauraI am a Registered Holistic Nutritionist (R.H.N.) and proud owner of Laura Kissmann Wellness.  Empowering others to reach their health goals through one-on-one nutritional coaching, Access Consciousness Bars® treatments, colonic therapy and health changing workshops is my mission.  I have had success with diverse challenges including Auto-immunity, Digestive, Weight & Concussions.   Learn more … 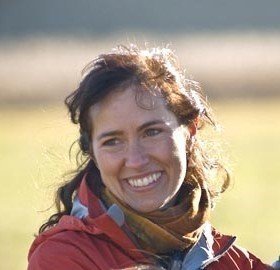 If you're ready to feel inspired and empowered about your health, book a consultation with Laura now!