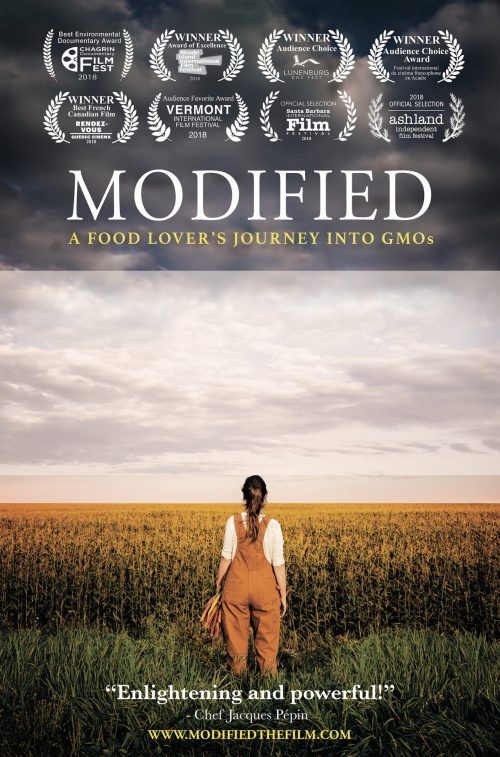 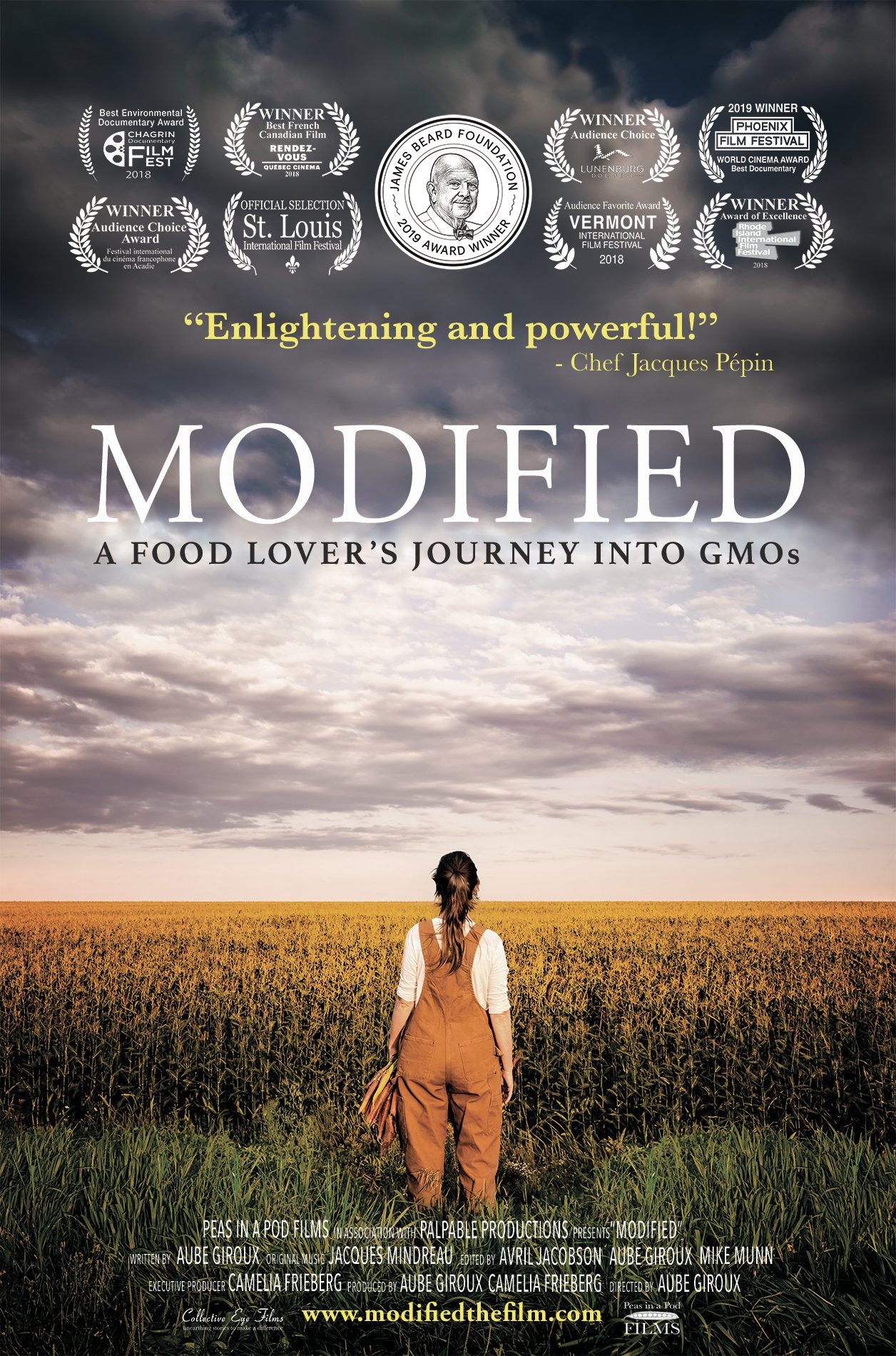 Please join us at the library for this exciting Movie Screening here in Carleton Place! This darling, compassionate and powerful film will make you wiser on organic vs Genetically Modified farming and also proud to be Canadian. I have invited the farmers from our local farmers market too to help us with the post film discussion.

Please call the library to save your seat 257-2702. The library is asking 5$ by donation at the door to help us cover the cost of the screening.

From the press kit:

In the award-winning documentary Modified, the filmmaker and her mother
embark on a personal and poignant investigative journey to find out why
genetically modified organisms (GMOs) are not adequately labeled on food
products in the United States and Canada, despite being labeled in 64 countries
around the world.

Shot over a span of ten years, the film explores the impacts of genetically
engineering our food, exposing the cozy relationship between the agribusiness
industry and our governments. The film is anchored around the intimate story of
the filmmaker’s relationship to her mom, a gardener, seed saver, and food activist
who battled cancer while the film’s production was underway. Interweaving the
personal and the political, the film uses family video, animations, and mouthwatering vignettes from the filmmaker’s award-winning PBS cooking show to create a visual celebration of homegrown food and family legacy.

Official selection at over 70 international film festivals. Recipient of 15 awards.

Director’s Statement:
After living in Europe where GMOs are labeled on food
products, I came home feeling frustrated that GMOs aren’t
clearly identified in North America. As my mom and I started
to question why, it became obvious that our elected
representatives were not representing their constituents’
wishes since more than 80% of people want GMOs labeled.
The more we looked into it, the more it seemed that industry
was calling the shots when it came to policies around GMOs. I
had always imagined the film would begin in my mom’s
garden where our shared love of food and cooking comes
from, but after she was diagnosed with brain cancer two
years into the film's production, the film unexpectedly became more personal and
intimate than I had originally envisioned. It became a tribute to my mom and to her
firm belief that we all have a right to know how our food is produced.

If you're ready to feel inspired and empowered about your health, book a consultation with Laura now!